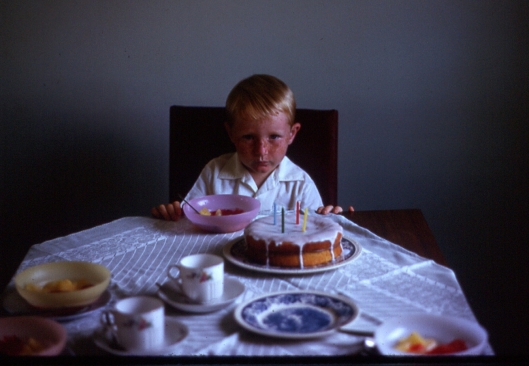 I’ve always been a cheerful sort of chappy.

… 39 And all these, though commended through their faith, did not receive what was promised, 40 since God had provided something better for us, that apart from us they should not be made perfect.

So God asks Abraham to sacrifice- to kill- his child as a test of obedience. God in other places commands genocide despite also commanding that we are not to kill. Without the blinkers of a blind or indifferent faith this is, in the face of it, simply, very perplexing. It is hard to reconcile.

God reveals himself to be a God whose character and nature forbid child sacrifice and the taking of life, yet we are to commend those who do, for their obedience to the God who commands it.

There is another story aside from Abraham’s that is similar – the taking of the life of Jephthah’s daughter (Judges 11). Read it and don’t duck the fact that at the end of the Bible his actions are commended as faith (Hebrews 11).

It’s all very perplexing when we would like it all to be made right and somehow sorted by the apostles. It is not.

Are we to gloss over these stories? Are we, in our fervor, to miss them out? The whole of the scripture does not allow us to with integrity. Some scholars try to let us off the hook; convinced that God would not command child sacrifice they propose that the sacrifice is figurative and the sacrifice was the daughter’s life as a woman, represented as death. But this Jephthah, in his fallibility, is a hero of the faith as is the lustful Samson and the power hungry, idolatrous Gideon.

If these are stories of faith- the faith we are called to, then in them there must be a disruptive purpose, calling us to a higher understanding of faith, or we might as well abandon faith as a futile fiction. Is their purpose to heighten our understanding of God or maybe to wrench us from our own understanding of God? You have to ask yourself why the Bible would in effect cause you to think the worse of God.

I can think of Jesus and the Syrophoenician woman. Jesus responds to her in a way that would be expected of any Jewish man of his day, calling her a dog, but then grants her desire. Jesus would not be loving if he was an unkind bigot, so to call the woman a dog could not have been unkind. But he did. It sounds unkind. Jesus, through his life, taught the good news of salvation so my faith trusts there is a higher purpose in this story not a license for bigotry and unkindness.

Where do we go from here?

The Bible is God’s word. It is the written revelation of God himself and all we need to know for salvation. The words are the words of ordinary people in their times and it is their words that carry the Word of God, the essence of their encounter with the living God. The words are prophetic, speaking the stories of God’s communing with people, in their language, in their culture and in their time. Many of the writers are unknown and even the identity of the Christian writers uncertain, but Christians hold that the Bible preserves the prophetic writings of these people and is the word of God. Tradition says they are true and all else is measured against them.

Jesu did not write anything except in the shifting sand. And we don’t know what it said only that the words challenged the scribes.

Jesus, a man in his times, spoke without sin. He is God and in Jesus we see God himself. In his life, death and resurrection we encounter God himself.

In the light and knowledge of his death, Jesus reveals to some disciples on the road to Emmaus the meaning of scripture. This, with them only having heard a rumour of his resurrection. They heard with broken hearts and their perspective was changed. But the words Jesus spoke were not recorded not even in summary. From the story we only have an inspiration to read the scriptures as being fulfilled in Jesus. Jesus being the Word of God, the scriptures speak of him and we are left to have faith in this: we will find him in them.

We accept all scripture as prophetic. Prophecy is spoken by a person. When we read God said… or God told… the word was spoken to a person, who would comprehend and relay it as a person; a person in their times, in their language – living from their past and present. We are told that all prophecy is like a misty mirror. We look in to a mirror to see ourselves; so we too are part of the prophecy. When God spoke over Jesus some heard it as thunder. God turned Abraham from the sacrifice by speaking through an angel not directly to him. Is this significant?

Whatever, our hearing now, perfects the faith of the heroes of faith.

So we can read scripture prayerfully putting our self in the picture and exploring the simple meaning; study its origins and the variety of translations and interpretations and then explore and follow the passions aroused in us. We can practice coming to the scripture in peace, reading it, meditating upon it, praying into it and finally moving to silent contemplation, embodying it.

We come to a living God, and the scripture is dead if we do not act upon it- if it isn’t part of us.

But please do not sacrifice your children, become a bigot or consider genocide an option.

This site uses Akismet to reduce spam. Learn how your comment data is processed.

As we speak out God’s inspiration, our accents might give us away but we can trust God that what people hear will inspire them. We have to trust ourselves, that however inadequate we feel, knowing Jesus as Lord is sufficient. He will sort out the rest. Some will scoff, all will be perplexed but we […]

Adoption. Bronze Doors Panel Grace Cathedral San Francisco, CA Our searching of the scriptures this morning was wide ranging. We contemplated the gift of joy and peace that we can carry in to the future. Psalm 66 speaks of a crying out in prayer in the time of trouble and the offering back of the […]

Sunday  3rd May 2020 This morning as we considered the implications for our lives of Jesus’ teaching about the wide and narrow gate; it struck me as an invitation. The wide gate is the one most people find but it is the one that thieves use to steal and destroy from us. Due to the […]